In my previous post I showed you all about the places I visited while in Paris. As promised, I did a mini haul of the items I got myself in Paris! Lets goooooooooo.

The first thing I bought was this cute little red dress with the sheer on top. I really think it is sexy and classy at the same time! I bought it at Tally Weijl in the Les Halles Mall. There were two girls working there and they were both so beautiful, I got to talk with one, she asked me where I came from originally and asked if I came to Paris to study (I wish tho). She was from the Cape Verdian Islands and she was really pretty! I am not aware of having a Tally Weijl in the Netherlands, so I think I was kind of amazed by the items of the store, as well as the service I received that day. 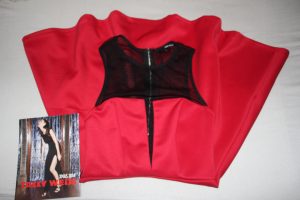 Next purchase were two bleached jeggings from Bershka. I am familiar with Bershka, usually jeans and pants are the only thing I buy there so I was able to find my way. Other than that, the store was huge! And still I was able to take my time and take a good look around. However, the store did not have any particular items that I could not find at home. 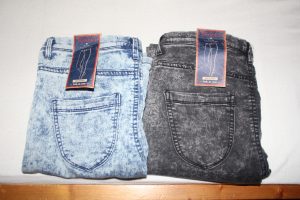 If you know me, you should know that I am really into wearing basic shirts with a blazer or a jacket. So I got this shirt with the text: “Monday, You ruin everyting – Everyone”. It is super cool and something I could wear every monday, just to make a point and not have people talk to me lol. I bought it at New Look, a store I could find somewhere in Amsterdam or Rotterdam, but I don’t visit so much. This was also purchased at Les Halles. 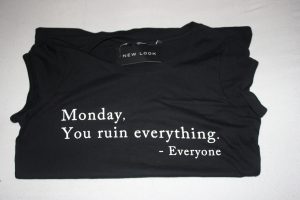 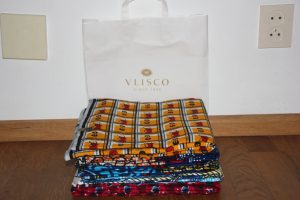 I did not mention it in my previous post because I did not have any pics, but I visited Chateau Rouge and Chateau d’Eau,two places that are seen as the Parisian “ghetto”. It was not my first time in Chateau Rouge, because I visited it last time I was in Paris (2012). So, I went back to get myself some African fabrics. I still knew where the store was, so I went there and after checking for a while, I decided to buy these fabrics! I bought 5 fabrics, all of them are 6 yards and they were relatively cheap, some were €10 a piece and others were €15 a piece. Usually in Amsterdam, a piece of fabric that is 6 yards costs €25. I knew I had to take advantage of the fact that I was in Paris, so I did.

It might seem crazy for a girl that never wears make up to buy make up lol. I was so happy when I walked into Kiko Milano. This shop has a lot of crazy colored make up and I was so happy when I saw that they had black lipstick! I have been looking for it for a while and now I finally have it :). I also bought this glittery purple-ish pink and dark bordeaux red. Other than that, I bought two lip pencils at H&M and a foundation brush. Which I will probably not use on a daily basis, but it might come in handy one day! 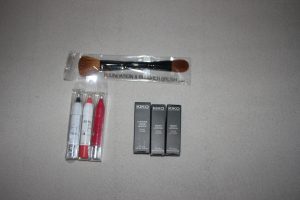 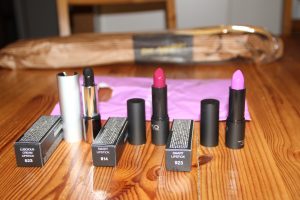 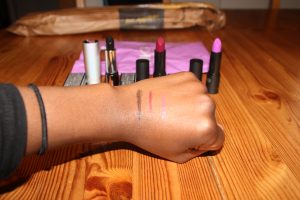 Other than make up and clothes, I bought some other stuff. First off, I really love France, they know how to sell Kinder chocolate: in Familypacks! Growing up, I lived in Rome, therefore I know all about Kinder chocolate from Ferrero. Last but not least, I bought two magazines focused on black beauty! I mean, Amsterdam is a great city, but it is not THAT advanced. Kudos to France, for being more advanced and open to other types of “beauty”.

That was my first mini haul, thank you for reading 🙂 and be on the look-out for my next post. Don’t forget to follow me on instagram @senegalesetwisted for exclusive and personal updates! I want to wish everyone a Merry Christmas. I will try to update you guys on what I will be eating and wearing on x-mas! Enjoy, laugh and eat a lot on my behalf.