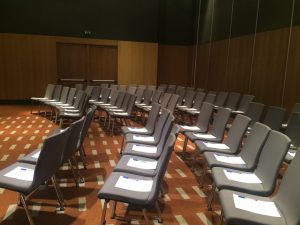 A while back, I went to the Dakar Digital Economy Symposium at the Radisson Blu hotel next to Sea Plaza. It was the first time attending such an event while in Senegal. In addition, it was Tigo that sponsored the event and I had the chance to help out. Therefore, I designed the badges and helped on the day of the event. Even though I do not know a lot about IT and how to build a start-up, businesses in emerging markets and the role of digitalisation are interesting. If you are curious about the Digital Economy Symposium 2018, keep on reading! 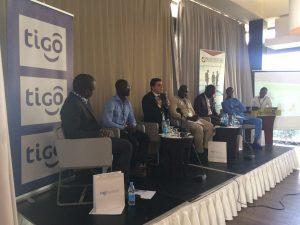 On January 25th, Radisson Blu hosted the Dakar Digital Economy Symposium 2018. The symposium consisted of two panel discussions followed by an after-work. Fiscal constraints of start-ups and the access to finance was the first panel-discussion. Collaborations between operators and innovative start-ups and the responsibility of incubators was the second panel-discussion. I was able to only assist the first panel and it was really interesting and fun. There were speakers from different start-ups and they were able to address the representatives of operators directly. They informed us about different aspects of creating a start-up. Also, they encouraged people from the audience to start with the ideas they have. 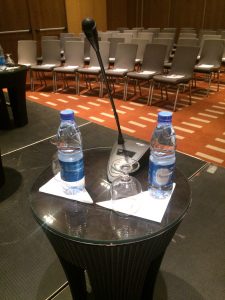 The after-work was an opportunity to network with others within the industry. It was nice to see my colleagues and friends network and talk with other interesting people. Of course, drinks and food were provided. 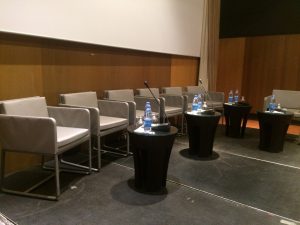 The Digital Think Tank is the driving force behind DES 2018. The initiative consists of professionals that work in telecommunications. It serves as a platform that is dedicated to the Digital Economy. Additionally, it aims to impact and advocate for an environment that fosters the development of startups and the ecosystem in general. Therefore, the initiative aims to set up a think tank on the development of the digital economy in Senegal. Even though a lot is changing on how people see and use digitalisation in Africa, Senegal is still behind while other nations are getting on. Eventually, the goal is to close the gap by using innovation and spreading awareness. 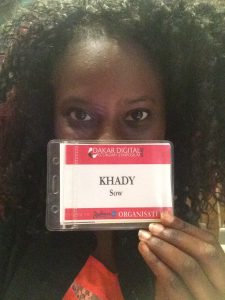 I think that events such as the Dakar Digital Economy Symposium are great. Not only for companies such as Tigo, but also start-ups. It creates a platform and opportunity to both sides to sit around and really talk about the industry they work in. In addition, students that are looking forward to occupy positions in the industry can benefit too. They could hear other experiences and success stories which can fuel them with motivation and inspiration.

Thank you guys for reading this about the Digital Economy Symposium! If you want to know more about the event, you can check out www.des2018.com. Don’t forget to subscribe to my Youtube channel and follow me on IG: @senegalesetwisted and @sntwistedphoto for photography and video’s and check out my Facebook page @SenegaleseTwisted. See you in my next post :).