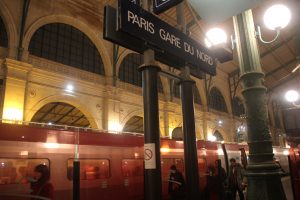 How have you been doing? Good, I hope :).
It has been quite a while since I posted or shared anything with you, and I am sorry for that! I have been very busy with school, preparations for my semester in Berlin and of course, I went to Paris!

Yes, last thursday, I went to Paris. I had to wake up super early in order to catch the train at 6:18 that would take me from Amsterdam to Paris Gare du Nord, where I arrived around 10. The first thing I did was buy some tickets for the subway. I accidentally bought 10 subway tickets woops! I already had an idea of what places I wanted to visit and I was so happy to be reunited with the city of love! Check out further to see how my day in Paris looked like :). 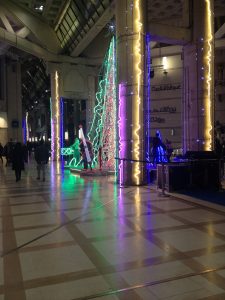 The first place I visited while in Paris was Les Halles. You should know that almost every subway station has their own shopping mall. Some just have several stores, while others have a huge mall. Just like Les Halles. It was so nice, big and bright. And that is the thing about visiting Paris in December: everywhere you will see Christmas Illumination, little christmas markets and most importantly: SALE! 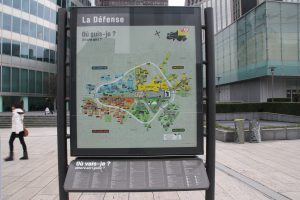 After riding the subway to some other places like Chateau Rouge and Chateau d’eau to get something to eat and buy little things… I took the subway to La Défense. This was recommended to me by a friend. A few days before going to Paris, I told her that I wanted to go to a place up high where I would be able to photograph the city of Paris. Then, she recommended La défence. Thanks Thuy! 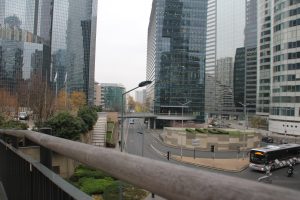 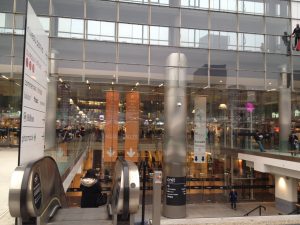 So, La défence is basically just a business area with a lot of buildings that belong to companies. It also has a mall, and when I was there, there was a little Christmas market where you could do some Christmas shopping for the family and friends. In the middle of la Défence there was this cute typical merry-go-round. 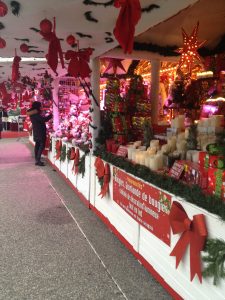 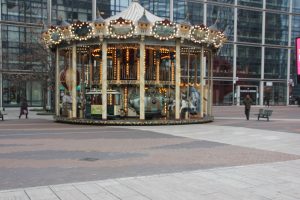 So, beneath you can see La Défence from two sides. The first pic is from the end of the pillars towards the subway station. The second pic is made on the exact same spot, only the other side. If you look carefully, you can see the statue of Les Champs Elysées. I could have gone down even more, but it was too darn cold lol. 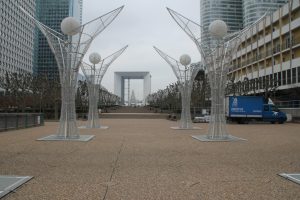 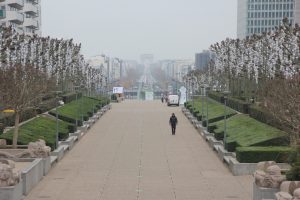 After I shot all these beautiful pics of La Défence, I decided to go to Louvre. I don’t remember that I had ever been and I still had some tickets left for the subway so, why not?! Even though it was passed 16h, Louvre was crowded, Asian tourists snapping pics, around 20 French children on a outing, regular people passing and of course, me. When I walked away from Louvre and checked out the other side of the Royal Palace, I found out that you could see the Effel tower from that side! And guess what?! As I decided to take the metro back, the Effel tower started to light up! It was so cool to see. 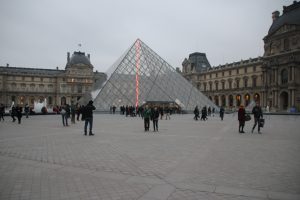 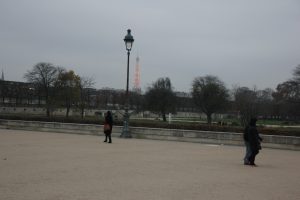 No comments yet
France Paris