Good question! What has Senegalese Twisted (me) been up to for the past year? Well, I have been doing a lot of things! I am almost graduated, I went to Senegal twice, I have been on set for a few movies and shows and two of the productions were AMERICAN productions, in between everything I went to classes and trips and what not. In this post, I will tell you all about the things I have been doing and some things, I will elaborate on in future blog posts.

So, about a year ago, I was still in Senegal for my internship at Tigo. I did my internship at Tigo Senegal from mid-August 2015 until mid-January 2016. I had an amazing time at Tigo, I have seen a very different side of Senegal and its lifestyle, made tons of friends, memories and had a lot of fun. Other than that, at home I was always surrounded with my family and it was just fun. Also, it was the first time that I have lived in Senegal for a longer period of time, especially since I did not grow up in Senegal.

After my time at Tigo, I had to go back to school and follow my last semester of school and write my thesis. Unfortunately, I could not start the graduation process that same semester. The reason was that I was unable to find a company to write my thesis for on time. The Head of Tigo B2B at the time wanted me to write it for his department, unfortunately at the end of rounding off our agreement, he left the company. Therefore, instead of starting the thesis period in January, I had to start in April (if I would be able to find a company) and would have to hand in my thesis in October. Which would give the whole summer + 1 month to write my thesis without worrying about other subjects etc. So, as a crazy person I started to write emails to companies all over the Netherlands. I’ve had so many rejections, that I started calling companies, which resulted in more rejections. Until companies started to slowly show interest. I ended up contacting the 3/5 companies that showed interest to hear about their business activities and their projects. That is how I found Holland Potatoes, they were the most enthusiastic and there was a coincidence: I was Senegalese and they wanted to look into the business opportunity of expanding to Senegal! After a few exchanges and visits, it was decided: I would write my Bachelor thesis for Holland Potatoes. I was so happy :). 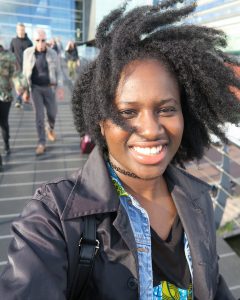 From  January to April, nothing really special happened, except for the search of a Thesis company. Then, in April, I started the Thesis writing process. I had to write a Thesis Proposal for April, meet my supervisor and write a Research Plan for May. In May, I also had exams and deadlines for the other subjects I was following. But due to the fact that I would have to hand in my thesis in October instead of June, I was able to focus on my last subjects. Thankfully, I also already started dissecting the content and making an outline for the chapters.

braiding hair & being on set 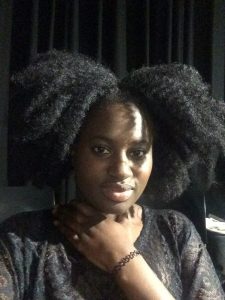 Once I was done with all the exams mid-June, I decided to braid some more hair and make some more shmoney. I decided then, along with the company, that I would go to Senegal at the end of July to do further research. That is when I started signing up to be extra on set. One of the first jobs I had was in my own hometown for a Dutch movie called Het Verlangen, which will be out on Valentines Day 2017. Then, I did The Hitman’s Bodyguard with SAMUEL L. JACKSON AND RYAN REYNOLDS!!!! Hahaha, I saw them both and it was just magical. I really hope that they will keep the shots of that specific day, because I was in multiple shots (with my Afro!) with them, mostly Mr Reynolds *hearteyes*. Then, I did Sense8 in Paradiso, which was also a great new experience. There were soooooo many people, as we were supposed to be clubbing, so I don’t think you will see me *snif snif* lol. Theeeeeen, I got a callback for The Hitman’s Bodyguard… which was awesome. Unfortunately, Ryan Reynolds and Samuel L. Jackson were not in Holland anymore. However, we got to do a few shots from a boat, and a helicopter came filming us, which was really cool! The Hitman’s Bodyguard will be out on August 18th 2017 and Sense8 Season 2 will premiere in December 2016! 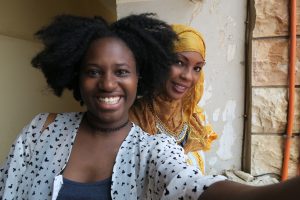 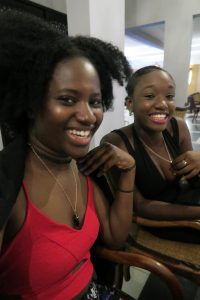 Then, I finally went to Senegal. The moment I arrived, I started working on my thesis. I tagged along my sweet and hardworking cousin Siga, who works 6/7 days. That is what I did for about two months. Of course, I did not start immediately and did not continuously wrote my thesis for 2 months. At the beginning it was just procrastinating, looking for information and having a lot of tabs open, making sure to not lose any valuable sources, you probably know how it goes… In between, I did go to the beach with my family.

All in all, my research consisted of convincing and basically begging people to do interviews with me, travelling to places, finding information for my thesis and of course: writing it. Once I was done and I handed in my thesis, I had the time to chill. I spent my time sleeping in, chilling with my cousins, going to the market and visiting my sista-friend Youma. Not even a week after I handed in my thesis, I got an email saying I passed and I can defend my thesis. I was actually surprised. Happy, but still surprised. Me, my supervisor and assessor agreed on doing my defense on November 3rd. I eventually got a 7,5 for my defense and a 7 for my thesis!!!! I am so happy.

In a nutshell, this is what Senegalese Twisted has been up to for the past year! Happy to have shared it with you 🙂 See you in the next post!