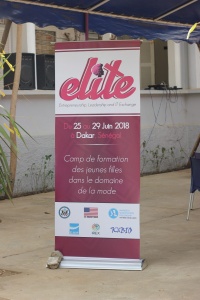 Last week, I attended and assisted during the program of my friend Fadieye called Elite Senegal 2018. You can read all about the Twisted Talents behind ELITE Senegal 2018, if interested. ELITE is an acronym and stands for Entrepreneurship, Leadership and IT Exchange. During one week, we had over 40 girls (and one boy) that study sewing at CAIF and gave them workshops and trainings in entrepreneurship and leadership. Not only that, the students were challenged to make an outfit for one of the following categories: men, women, children or hijab. Let me tell you more about ELITE Senegal 2018 below :). 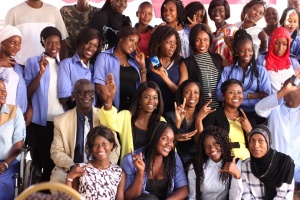 ELITE Senegal 2018 is Fadieye’s personal project. The project was made possible by the Mandela Washington YALI Reciprocal Fellowship. Which Sonia was the recipient of and allowed her to travel to Senegal and assist Fadieye.  In order to implement ELITE Senegal 2018, Fadieye had a partnership with the school CAIF, a caterer and Senegalese designers that would share their experiences. Other than that, she had to find locations and transport. So, what was the ELITE Senegal 2018 actually? Well, it was a chance for 42 girls (one boy!) to get workshops about Entrepreneurship, Leadership and IT. Every day for 5 days straight, the students were having courses in these three subjects. Additionally, the students were put into groups of two and had to design some clothing. 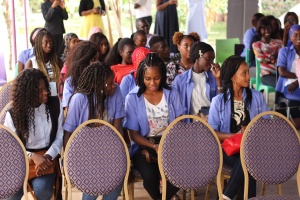 ELITE Senegal 2018 provided the students a chance to find ways to combine their sewing skills with entrepreneurship, leadership and IT. Mostly, due to the importance of knowing your potential and expanding your skills. Also, they have to know that their skills do not end at school. Furthermore, there are so many people that sew and make clothes in Senegal. So, how does one distinguish himself from the rest? That is the most important question these girls have had to ask themselves. I personally think that there is also a lack of such programs for the Senegalese youth and I know the importance. Instead of blindly following a curriculum and ending up not knowing your potential, they should be flooded with exemplary people in their field. People who once were like them that share their experience so that they can push themselves harder to become like a So’Fatoo or KABIO. 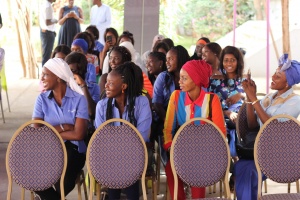 The students of ELITE Senegal 2018 consisted of 41 girls and one boy. Even though it was supposed to be an all-girls program, Modou was also a part of it. Of course, we did not want to take this chance from him. Other than that, the students were really amazing. They were open since the beginning of the program on Monday. I think they really appreciated that they were given these workshops and trainings and that we took good care of them. They were really asking questions, participating in class and most importantly: supportive of each other!! That is what I loved to see at the end. When classmates were selected as winners, the whole class was screaming and celebrating. They were literally encouraging their classmates and showing genuine love and support. Beautiful. 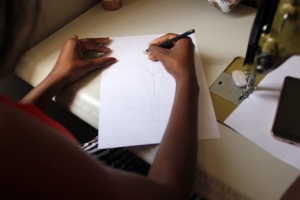 So, the students had about 2 workshops each day about either Entrepreneurship, Leadership or IT. These classes were given by either Fadieye, Sonia or Sharesa. However, besides the learning cool things about how to be a better leader, how to do business in Senegal, or what software to use, they also got to be creative! The students were divided in groups of two and they had to create a clothing item in one of the following categories: women, men, children and hijab. This means that by friday, we had over 20 groups that presented what they made. Let me tell you: I was so proud of these students. I told them from the start that I believed in them, and that I might want them to make me something too. I am still amazed by what the students made, because they had such a short time! 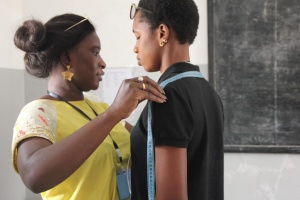 Be on the lookout for more about ELITE Senegal 2018. Check out my photography  for (way) more pictures. Don’t forget to subscribe to my Youtube channel and follow me on IG: @senegalesetwisted and @sntwistedphoto for photography and video’s. Check out my Facebook page @SenegaleseTwisted. See you in my next post :).

No comments yet
ELITE Senegal 2018