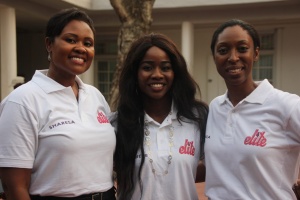 Last week, I attended and assisted during the program of my friend Fadieye called Elite Senegal 2018. ELITE is an acronym and stands for Entrepreneurship, Leadership and IT Exchange. During one week, we had over 40 girls that study sewing at CAIF and gave them workshops and trainings in entrepreneurship and leadership. However, before I tell you all about this amazing program, I want to dedicate my first Twisted Talent post to formerly introduce you to the great people behind it. Let’s get into this overdose of talent! 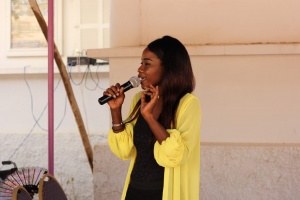 The first Twisted Talent that I want you to know is my great friend Fadieye. I have known Fadieye since I started my internship at Tigo in 2015. She has helped me a lot during my internship and I have had the pleasure of helping her too. So, Fadieye studied to be a Telecommunications Engineer and therefore she works at Senegal’s second largest Telecommunication NEtwork, Tigo. Not only does Fadieye work at Tigo, but she has her own Fashion brand KABIO. She started her brand without any capital nor investment, she just took a leap of faith, and look where it took her. In 2016, Fadieye participated in the Mandela Washington Fellowship. This is how she met Sonia Gaillard.

Sonia Gaillard is an American woman who is currently living in Austin, Texas. She has a Undergraduate Degree in Computer Science from Winthrop University. Additionally, she has a Masters of Science Degree in Technology Commercialization from the University of Texas Austin. She began her career at IBM where she became an inventor and provided leadership on highly technical and global business projects.  Her journey truly started when she decided to leave Big Blue and traveled to Costa Rica. Shortly thereafter, she started a business for herself  and doors of opportunity started opening. She has traveled for work through parts of Africa, North America,  the Carribean, Central America and South America. Currently, Ms Gaillard continues working on entrepreneurial projects and is in the governmental sector. Sonia was the recipient of the 2018 Mandela Washington YALI Reciprocal Fellowship, which made it possible for her to travel to Senegal to assist Fadieye. 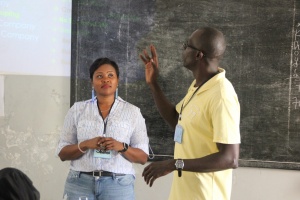 Sharesa Y. Alexander Esq. is also an American woman from Austin, Texas. She has a Jurist Doctorate and a Legal Masters besides a Bachelor of Science in Mass Communication. Currently, Ms Alexander is working in Texas as a Senior Attorney, which is a great example of #BlackExcellence and Twisted Talent! She serves as general counsel to multiple school districts, businesses and municipalities. Not only that, but Ms Alexander has a passion for international affairs and human and civil rights. She has interned at an NGO in Uganda and studied in the UK, Italy and Spain. 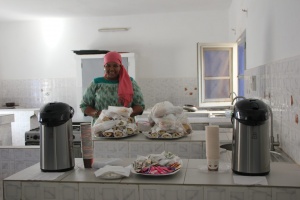 Another Twisted Talent I want to point out is Assata Baidy, who owns Welly Traiteur. I have known Aissata since 2016 and have had the pleasure to work with her at Tigo too. She has currently left Tigo to work for herself. That is amazing right! During Elite Senegal 2018, Aissata has been able to prove herself and expand her network as well.

Our other twisted talents are Ensa, Malick, Mister Keita and KenAisha. Just like Fadieye, Ensa is a former Mandela Washington Fellow. His mother opened CAIF for students that dropped out of the regular schoolprogram so that they could still learn. A couple years ago, he took over his mothers place as head of the School. Malick was a great asset as our interpreter. He did a great job translating everything Sonia and Sharisa said to the class and vice versa. Without him, a lot of misunderstandings would have taken place. Mister Keita was exceptional. He is actually a sewing teacher at CAIF and he took all his time to help and guide the students into making their designs. He did this with so much patience and he played an important role throughout the week. Next we have KenAisha who did a great job capturing the event for the school. Last but not least the other Twisted Talents were the 42 students that participated and came through at the end of the program.