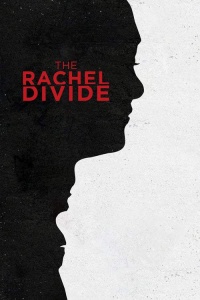 As you may know, Netflix recently published a documentary about Rachel Dolezal called the Rachel Divide. At first, I thought “Why does she needs attention??!”. Then, I checked out the trailer and I thought it was interesting. Of course, I ended up watching the documentary that same day. Today, I will share with you my personal view of this documentary. Also, I will tell you all the bullshit that came out of Rachel’s mouth that made me frown instantly.  Let’s get into this Rachel Divide, shall we?!

The documentary starts with an introduction to Rachel’s family members. You get to see her sons, her dad and her sister. Which got me confused, however, later exactly you’ll know why her family members are black when she isn’t. Then, we get to see her story as a NAACP leader in this small town in Washington, Spokane. Her own son said that his mom, has done more for the community done some others. This might be true, but the most important thing is that Rachel could’ve done so much more if she’d stayed white. And now, people will forever squint at real black people who are trying to do something for the NAACP. Not only that, police even doubted the authenticity of the racial threats that Dolezal reported. Which is what lead to her race being questioned in the first place.

She really said that

“It is like a family feud where there is a misunderstanding between some black people and me and they’ll get over it and say: we’re cool now.” First of all, it is not a family feud because she is not part of the family. Secondly, we will NOT just get over it. She has to realize that she did more harm than good. Even if her intentions might have come from a good place. After saying this, she had the nerve to ask her black friend: “How do you think we can fix this?” Well, Ms Dolezal, what about you telling everyone that you are indeed white??! Then, you should listen to what REAL black people have to say and learn from how you COULD be an asset to the cause without pretending to be black.

Now, I want to take you to the root of the problem. Rachel’s real story. Rachel grew up somewhere in America with her parents and older brother. Then, Rachel’s parents adopted 4 black children when Rachel was maybe 16 year’s old. Her parents were very strict and religious. In the Rachel Divide, Dolezal says that her mother described her birth to her as painful and negative. Whereas, she described her birth to her brother as wonderful and positive. Later in the documentary, we learn that her (adoptive) sister, Esther was sexually abused by Dolezal’s older brother and that Rachel was too.

This is where I could empathize with Rachel because sexual and physical abuse is quite problematic. However, it does not make what she did OK. I think that the abuse she has suffered by the hands of her family members is what made her want to disassociate from them. Esther explained that very well in the documentary. Also, Rachel said something that just made a lot of sense as to what her real problem is: “I am not going to be that 12 or 18-year-old white girl wearing Amish dresses anymore. Not going to live in that particular mode again and subject myself to the punishment of my parents.” I think she has this narrow-minded idea that if she associates with being white, she automatically associates herself with her parents. To her, associating herself with her parents means that she approves what they did or what they let happen to her. While, it is not even the case. However, it does not make it less sad.

Another stupid thing she said

Then of course, the documentary could not have ended without Rachel saying another stupid thing. “Not to impose a racialized view on them. Neither race, culture and ethnicity is biological.” Obviously, I am not African nor Halpulaar because my parents are, but because I chose to be. The world is racialized, we consist of a lot of different races, cultures and ethnicities. And yes: it is biological. Then she went on and talked about there’s a seat at the table for everyone and that there shouldn’t be any exclusion as it does not bring us together. Not being black, does not get you a seat at the black table. Not being white does not get you a taste of that white privilege either. And that is just the reality of it

Rachel made it clear a couple of times that she is freaked out because of her kids. Like how the consequences of her actions affect her children’s future. Note: her children are really black. So, she better not be playing games there.

The Rachel Divide ended with something that made me die instantly: she changed her name to Nkechi Amare Diallo. Don’t ask me why. However, I think it has everything to do with the Rachel Divide and why there will always be a Divide. I really think she should sign up for therapy and have her problems sorted out. Have you already seen the Rachel Divide? Let me know what you think in the comment section or send me an email at info@senegalesetwisted.com. Don’t forget to subscribe to my Youtube channel and follow me on IG: @senegalesetwisted and #sntwistedphoto for photography and video’s. Like my Facebook page @SenegaleseTwisted. See you in my next post!