Welcome to a new book-review for the Twisted Book Club! Last time, I reviewed Black-Eyed Susans by Julia Haeberlin. This time I read this book called The Silent Wife by A. S. A. Harrison. I read the short summary which described it as a chilling psychological thriller about marriage and how far a wife is willing to go to keep what is rightfully hers. That drew me to it and I actually got excited about it. I’d say keep reading if you want to know more about The Silent Wife.

The Silent Wife is about Jodi and Todd, a couple married for 20 years that lives in their condo in Chicago. Todd works for himself by renovating houses and selling them. Jodi is a therapist and has her own portfolio of clients, so she pretty much works for herself too. From the outside, it seems as if Todd and Jodi are the perfect couple. However, in reality, they are in a really bad place. He is a dedicated cheater and she lives in complete denial. Todd is living a double life and Jodi is not up for it. Other than that, the story reflects a lot of their past life and their dysfunctional families and how this affected them as people and as spouses.

Written from alternating perspectives, The Silent Wife tells its story in two parts. Part one is where we see the perspective of both Jodi and Todd. The second part consists only of Jodi’s perspective. Because there are only two perspectives, it is quite  simple to follow. The thing about The Silent Wife is that it is easy to read and it keeps you hooked. You really want to know how things ended the way it did for both Todd and Jodi. You just want to get the whole picture and see what exactly motivates them to do the things they do.

If human psychology interests you, The Silent Wife is very interesting. Also if you want to know how people deal with bad experiences or situations in life. As Jodi is a therapist, we read about her work a lot. Not only does she analyze her clients, she also gets analyzed by a therapist. On top of that, she analyzes a lot of things through psychology also, an example:

His pattern is denial followed by indulgence followed by a renewed period of denial. The denial stage is cued by statements such as “I love my family and don’t want to hurt them.” The remorse is genuine, but he can no more give up his gay pursuits than forgo the security blanket of his home life. Both play a part in fulfilling his needs, and both are important to his sense of identity. He pretends to himself that his interest in men is a passing phase and doesn’t see that abstinence and guilt are ways he has of charging his batteries for a fully loaded thrill. Like many people who cheat, he likes to self-dramatize. He’s more of a queen than he knows. 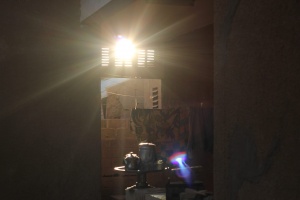 I think the writing style is amazing! This is from Jodi’s perspective and she analyzes her client pretty well. The funny thing about Jodi is that she is good at analyzing everyone else and is able to apply basic psychology to other people however she fails to apply it to herself. She can clearly identify patterns of denial and indulgence, however she fails terribly at identifying denial within herself.

Just like a lot of people, Jodi was very much in denial throughout the whole book. Throughout the book you will see how she uses denial as an escape through some tough situations. She literally acts as if things and people do not exist, which is quite disturbing, for example this anology directed at Jodi:

That pickle jar you threw away all those years ago may have gone to the landfill, but it still exists out there. It may be broken, even crushed, but it hasn’t disappeared. It may be forgotten, but forgetting is just a habit. In this analogy, the landfill is the unconscious mind. Not the collective unconscious but the personal unconscious – your own individual, private, idiosyncratic unconscious wherein every object is inscribed with your name and stamped with your number, the unconscious from whence objects can fly at you unannounced

Which speaks for itself…

I definitely recommend reading The Silent Wife. I think the book was very interesting to read. I was way too curious to read about what Jodi and Todd would do next and how it all would play out. I think that with most books, everything falls at its place in the end. This book had an amazing plot twist. However, I think it would’ve been a lot easier on both of them if they’d just signed up for couples therapy. If you are considering, you can read all about couples therapy.

Don’t hesitate to share your questions and opninions about The Silent Wife in the comments, or send me an email at bookclub@senegalesetwisted.com. If you know a good book for me, I am always curious about new books :). Don’t forget to subscribe to my Youtube channel and follow me on IG: @senegalesetwisted and @sntwistedphoto for photography and video’s and check out my Facebook page @SenegaleseTwisted. See you in my next post :).

No comments yet
asa harrison