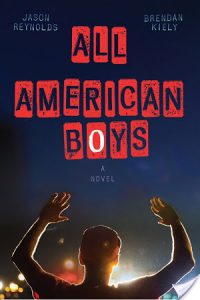 In my New Year’s resolutions, I mentioned starting the Twisted Book Club where I will dedicate blogposts to books I have read, just like I did on Nayyira Waheed’s Nejma and Salt. The first book is an important book I want to share with you guys. The book I’m talking about is (drumroll please) … All American Boys written by Jason Reynolds and Brendan Kiely. All American Boys alternates between the perspectives of two ‘All American Boys’, Rashad and Quinn. They are both 16-years old and go to a pre-military high school called ROTC. Rashad Butler is African-American and Quinn Collins is white and they both play basketball in the same team.

All American Boys starts with Rashad going into a corner store to buy some chips. When Rashad goes into the store, it is only him, another female customer, a cop and the store clerk. Rashad is in one of the store’s isles when he has to get his phone out of his bag to call his brother Spoony. Unfortunately, the woman did not see him while walking backwards. As a result, the lady tripped over Rashad and her beer bottle falls and shatters everywhere. Then, the store clerk accuses Rashad of stealing. Automatically, the cop in the store asks the woman if she is okay and if Rashad was doing something to her (hmm, side-eye), because, of course Rashad must have done something to the lady right?! Anyway, before Rashad OR the woman can explain what actually happened, they are cut off by the store clerk who continues to accuse Rashad of stealing. The cop does not even try to listen to Rashad nor the woman tries to explain what actually happened. Instead, he orders Rashad to shut up, calls for back-up and drags Rashad out of the store. Outside, the cop continues to asssault Rashad and he eventually ends up in the hospital. 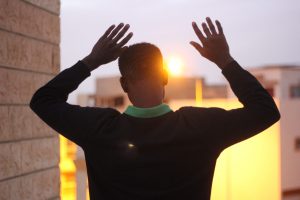 The story then continues with Quinn, who actually saw a part of the beating happen in front of him when he was with his best friends Dwyer and Guzzo. The thing that makes the story a bit more complicated is that the police officer that beat up Rashad is Guzzo’s brother Paul. At a young age, Quinn lost his father, who was a soldier and died a hero. As a result, everyone knows Quinn by association with his dad. Of course, this means there are also expectations. When Quinn lost his father, Paul took care of him, spent time with him and became a sort of older brother for him too. Quinn’s story unfolds as he is struggling with doing ‘the right thing’ versus what people expect him to do. 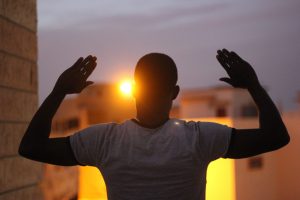 What I love about All American Boys is that it was really realistic. It included every aspect of the reality of what happened to Rashad. The story was really focused on what is really happening to families, how victims are represented in the media and what it does to a community. Not only that, but it also included some important elements of what it means to raise black children. For example, how young black girls and boys get ‘the talk’ from their parents . ‘The talk’ warns them about how to act when approached by police/ authority figures. You get to read how Rashad’s assault affected his parents, brother and friends. At one point, Rashad’s brother Spoony and his three best friends all share their different encounters with the police and how they feel about it. Which touches on the different experiences that people of color had with the police.

All American Boys vs real life 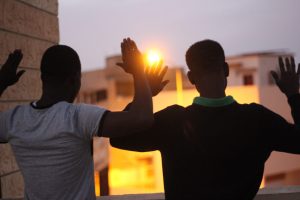 Just like in real life, the victim was accused of being a criminal just because they were black. After being beaten, choked or shot dead, the police officer in question was placed on PAID LEAVE (smh). Then, the media would do anything to drag the reputation of the VICTIM through the mud. They will release pictures of the victim with sagging pants, while you put up your middle fingers or something else and claim you are in a gang. Of course, they will interview people that will say shit like “yeah, he looks like someone that might steal.” Since when is it okay to beat someone up so badly or kill them just because they were stealing? Like, who the f thinks that is OK? People always talk about having safe neighborhoods, and keeping the thugs and criminals off the streets but they are the ones that usually have guns in their houses and be ready to shoot someone just because they stepped on their lawn. But then they are scared to death just because someone else wants to steal a bag of chips? Since when is someone else stealing a bag of chips, life threatening to others?

Another thing I liked is that the story does not include any white heroism. Quinn does not end up being any hero. He is just an open-minded boy that is being critical about his position in the world as a white boy. At the beginning, of course, Quinn is quite oblivious to what it entails to be specifically white or specifically black. By what happens to Rashad, and how close Rashad actually is to Quinn, without actually knowing him, he realizes that what happened to Rashad has to do with everyone. Quinn realizes that everyone has a part to play, and that includes him too.

A beautiful moment in the book for me was after a couple days of Rashad being in the hospital, someone put up a graffiti tag on the schoolyard saying ‘Rashad is absent again today’. Afterwards, it became the hashtag #RashadIsAbsentAgainToday. Of course, I am happy that Rashad did not die. Yet, again a point of reference: victims turning into hashtags. Also, in the story they organize a march, a peaceful protest. The presence of police force during the march is also way too real. During the march, they had a die-in at the Police precinct to make a point. At the time of the die-in, Spoony’s girlfriend, calls out the names of ALL the unarmed black people that were killed by the police. After each name, she shouts: Absent again today! The list included Freddie Gray, Michael Brown, Tamir Rice, Eric Garner and Tarika Wilson. This is just to remind the reader that it is real and still happens today. 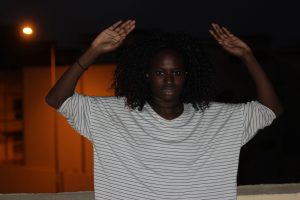 Overall, reading All American Boys is easy, I highly recommend it no matter what race you are. I think that white people could/should be more understanding of what it means to be black versus what it means to be white in America. Especially, when reading Quinn’s perspective, because they might relate to his whiteness. Therefore, it is important to say that Quinn’s thought process is very interesting. Mostly, because it is not evident (considering his age etc.). I am definitely putting Ghost and The Boy in the Black Suit by Jason Reynolds on my list!

Don’t hesitate to share your questions and opninions about All American Boys in the comments, or send me an email at bookclub@senegalesetwisted.com. If you have read a similar book, or want to recommend me a book: send me an email! I am always ready to add books on my to-read list! If interested, you can subscribe to my Youtube channel and follow me on IG: @senegalesetwisted and @sntwistedphoto for photography and video’s. Check out my Facebook page @SenegaleseTwisted.