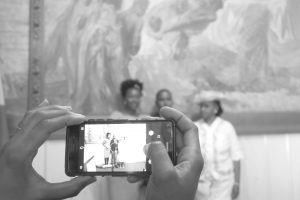 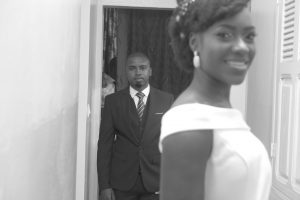 My eldest sister and her long-time boyfriend have decided to finally get married! Since I really loved documenting the traditional Senegalese Wedding I shared with you, I decided I wanted to share this too. So, what makes this a Cabo-Senegalese wedding, you ask? My sister’s husband is actually originally from Mindelo, Sao Vicente. What I loved about the wedding was that they mixed both cultures and basically did their own thing. My sister initially told everyone that it would be a ‘small’ party with close friends and loved-ones. Well, let me tell you something: it was not small. At. All. 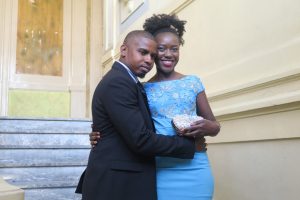 Friday after work, I went to meet my sister. She was getting her nails, hair and make-up done. We were all preparing ourselves to go to city hall for them to sign the marriage papers etc. All dressed up we went there. It was actually kind of running late, African time (eyeroll). There were other couples at town hall that were also celebrating their marriage, so it was nice to see that too. I was actually a witness and had to sign some papers myself. The turn up at town hall was really great. A few of my cousins did not think they could make it due to work etc. However, they all showed up and I was really happy. I took a lot of pictures and tried to capture the day. At night, we went to my brother in law’s house and had a celebratory dinner. 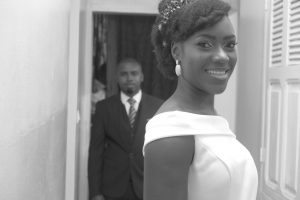 The next day, my sister and I were doing some last-minute shopping. Then, we went to her sister in law’s house to get ready. We all had a MUA do our make-up and hair. We were supposed to head out at 19h, however, we were so late. When my sister arrived at the location, the party started immediately. She greeted everyone, took pictures with most 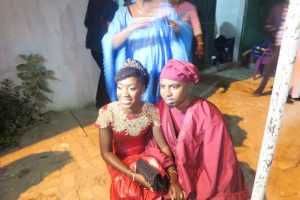 of the guests while the food was being prepared and drinks were being served. I was all over the place, taking pictures, fixing plates and getting people drinks.

While everybody got their  foods and drinks, there were people dancing. So, all night there was a mix of Senegalese and Cape Verdean songs and people were dancing. Which was amazing to see. All these older women and men dancing either kizomba or mbalax. 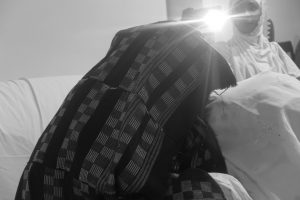 A week later, was the traditional part of their wedding. The bride is being cleansed and wrapped up in a white and a traditional sheet. After everyone ate, she had to get ready. There were elderly men gathered to give marital advice, but in form of prayer. After the prayers and blessings that were bestowed upon their marriage, my sister was put in a separate room. Next, we had to wait for my brother in law’s friends and brothers to come pick her up. Of course, we did not give our bride up so easily. We all went with her to her husband’s house. Arrived at her husband’s house, it was their turn to not let her in so easily. Eventually, the couple was reunited and the sheets were uncovered. Then, we got food and drinks again, and later we went home.

It was interesting to see, however, too much. Especially, since we had already two days of wedding activities the previous weekend. Anyway, I’m glad I got to exprience this! Don’t forget to subscribe to my Youtube channel and follow me on IG: @senegalesetwisted and @sntwistedphoto for photography and video’s. Check out my Facebook page @SenegaleseTwisted. See you in my next post :).