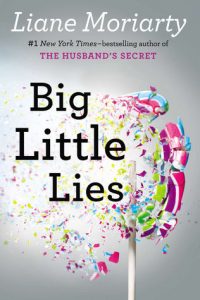 Welcome again to a new book-review for the Twisted Book Club! Last time, I reviewed One of Us is Lying, this time I’m reviewing Big Little Lies by Liane Moriarty. YES! You read that right, another Mortiarty book (as promised!). I read the plot actually a long time ago, so I just started reading without actually knowing/remembering what it was about. I only remembered it being about a town where a few women seem to carry secrets about themselves whereas nobody actually knows what they deal with behind closed doors. By far, this is the best book I have read from Moriarty. No lies. I read it within a few days, and I was so excited when I read the ending. I will not leave you hanging, let’s go! 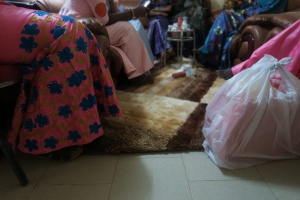 Big Little Lies is about Madeline, Celeste and Jane, three mothers with children in kindergarten at the Pirriwee Public school. Madeline is divorced with children. Abigail, a teenager from her first marriage. She is currently married to Ed and with whom she has a son Fred and a daughter Chloe. Madeline is struggling with hating her ex-husband Nathan and his new wife Bonnie, as well as maintaining her relationship with Abigail. Celeste and Perry are married and they have twin-boys Max and Josh. Celeste and Perry seem to have their own marital problems, and glitches. Finally, there’s Jane who’s a young mother who just moved by the sea with her son Ziggy. Jane has her own past that she is running from and dealing with her own way. The story starts with Madeline accidentally hurting her ankle and meeting Jane. They both have to be at the public school and from there on, Madeline takes Jane under her wing and introduces her to her best friend Celeste. The three women guide us through motherhood, marriage, their (big) little secrets and some school drama! 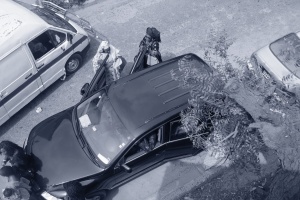 Written from three perspectives, Big Little Secrets follows Madeline, Celeste and Jane. However, there are some conversations and comments from side characters that pop up in between some chapters. It is quite weird when you read it at first, due to the randomness of it. However, it is well-done. Overall, the most important event in the book is the School’s Trivia Night. The story starts from five months before this night, and gradually it goes towards the Trivia Night. I have to say that the story had some plot twists, however, it was so beautiful. I think that the friendship of Madeline, Celeste and Jane is so beautiful. Especially towards the end of the book. They are funny, and actually really supportive.

After reading this book, I found out that it was a shot into a limited series, and I had to see it for myself. I have to say that overall they did a pretty good job. However, I did not like the fact that they made Madeline into a cheater. Madeline in the book is so fond of Ed and she loves him so much. Also, another thing I did not like from the series was that Ed and Nathan were so hostile. Ed and Nathan are so friendly with each other in the book, and I actually respected that. All in all, the book was way better than the series, duh! However, I think that Nicole Kidman and Reese Witherspoon did a good job of turning this literal masterpiece into an HBO limited series :). I loved seeing Zoë Kravitz as Bonnie. Check the Big Little Lies trailer, if you’re interested! 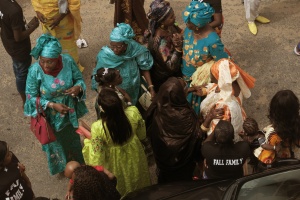 I think that the essence of the story is that everyone goes through things that are invisible to the outside world. The focus in Big Little Lies is just on married women and mothers. It all comes down to what we are willing to share. Whether we are willing to sacrifice the perception of others about us for things more valuable like support, or having healthy relationships etc. The book was so funny, yet so serious at the same time. Throughout the story, Madeline, Celeste and Jane had feuds with other kindergarten moms. However, at the end of the book, their differences were immediately put aside due to another fallout. Like, the dynamic between the three moms vs. the other moms changed instantly. Unexpected, but breautiful. When you read the book, you know exactly what I’m talking about. As if the moms had silently accepted each other as secret allies for the greater good.

I definitely recommend this book, as it was easy to read. Additionally, the book was well-written, fun and I have to say that I actually had predicted a part at the end. I had to keep on reading to see if I was right, and if not, what other interesting plot Moriarty would come up with. I was not disappointed. It is always nice to find a book that you could continue reading, just because you want to know how it ends. I cannot wait to read more of Liane Moriarty. Also, I just love Moriarty’s ability to keep you hooked, to have you laugh and make you want to read more of her.

Don’t hesitate to share your questions and opninions about Big Little Lies in the comments, or send me an email at bookclub@senegalesetwisted.com. If you have read a similar book, or want to recommend me a book: send me an email! I am always eager to add books on my to-read list!

No comments yet
Liane Moriarty