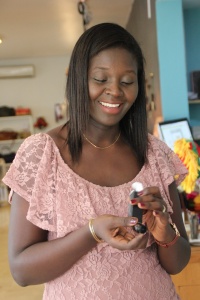 As you know, I am a Brand Ambassador for Lyvv cosmetics. Last week, Victorine Sarr from Lyvv asked me if I was interested in taking pictures and producing an IGTV video for the Lyvv launch at Lulu Home Interior & Café in Dakar. The Lyvv launch was last Saturday, and it was amazing! I was really in my element and was able to take so many pictures of truly beautiful ladies! Not only that, but I was also able to exchange with some fellow bloggers and Youtubers! Let’s get into this cool launch at Lulu. 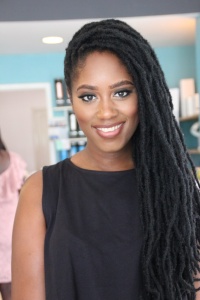 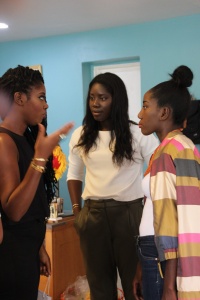 It was actually my second time at Lulu, and I really love it. They have some cool furniture, interior items and some cool products by Senegalese brands and artists. Be on the look out for a shoot I did with Audrey from The Reyn at Lulu! 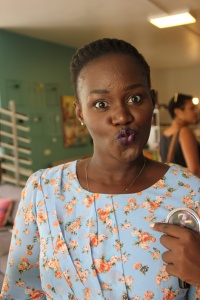 During the Lyvv launch at Lulu, there were plenty of creative people present too. As a photographer at the event, I wanted to get to know the people I was shooting by talking to them. Not only that, I think it was great to share with others and see what other people do in their lives. I was so glad to have seen some of my friends again! For example, Agnès from the YT-channel Agnèsenligne came to support me during the event. We met a few months ago during a video/blogging contest in May. Other Youtubers I’ve met during the Lyvv launch were Maya Ohomon and Ladybv2g. The others were some models, make-up artists and entrepreneurs and creatives such as Selly Raby Kane!

I think it is important for brands such as Lyvv cosmetics to organize such events. Even though it was not packed, it was perfect.  Also, it was a great way to meet with young women and girls in Senegal that are interested in Lyvv. 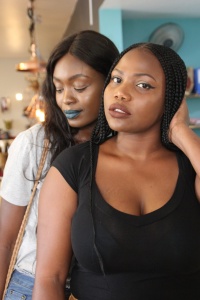 Of course, you will soon be able to find all the pictures in the Senegalese Twisted Photo Gallery. I had an amazing time taking pictures of all these beautiful women and girls. I definitely cannot wait for my next gig and stay tuned for the video!! If you see yourself on one of my pictures and you’d want me to send it to you personally, send me an email at photo@senegalesetwisted.com. Be on the lookout on IGTV for the video!!