In my last post, I took you on my journey through the Jungle Tour. Since we had a great experience, we decided to do another tour. This will be the last post on my trip to Asia! But before it is over, I will take you with me on the Hong Island Tour. And, I have to say that it was by far the best thing we did in Thailand. The Hong Island Tour really brought out the beauty of beaches, water and nature in Thailand. I think I was able to take a lot of beautul pictures and I am ready to show them to you! 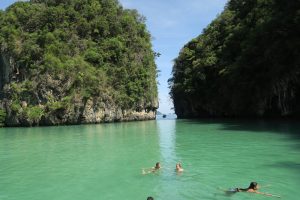 The first stop of the tour was the Hong Lagoon. Keep in mind that the tour started in the morning, and most people were still sleepy, including me. However, I was totally energized when I 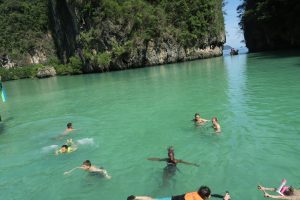 saw the beautiful Hong Lagoon. It was astonishingly beautiful! We were allowed to swim in the Lagoon, so I did. I even dared myself to take my camera into the water because I really did not trusted anyone to take half ass pictures of me… Then, the tour guide insisted on taking a picture of me in the water, and I have to say he took better pictures of me than my friends (no offense). 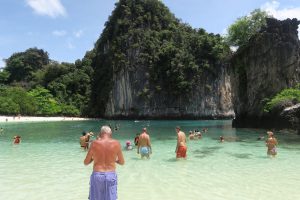 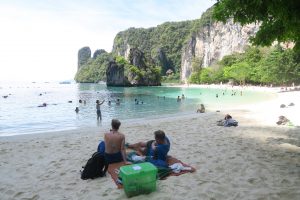 The next stop was Hong Island. Of course we did not really enter the island to see what is on it, but just chill on the beach for a few hours. I have to say that Hong Island was pretty cool! There were yellow-blue fish that swam with us, so that was pretty cool to experience. 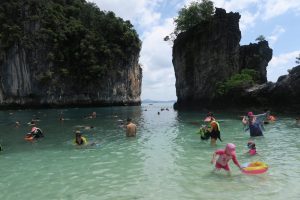 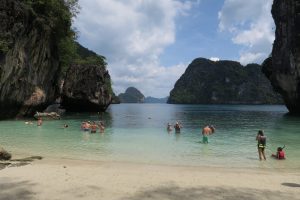 Hong Beach was the third stop, and even though it looks pretty much the same as the beach of Hong Island, it was quite different. Of course, you can only see the difference when you are there and when you can see all the surroundings. But I promise it was a different beach! 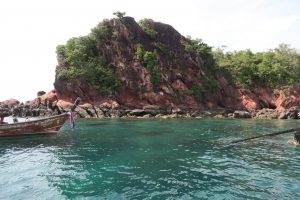 The fourth and last stop was in the middle of the water to go snorkeling. However, I had my lenses in and I did not want to risk losing them in the sea. Nah-uh. Never experienced 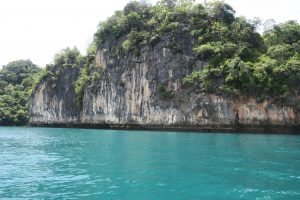 that before, so I was not ready! I just wore a rescue vest and floated on the water, since it was too deep to stand and I was too lazy to swim. I have to say that this water was also very beautifully blue. The fish in this part of the water were also amazingly beautiful. However, it was very hard to have a good picture of the fish, therefore I have none. Please do enjoy the bonus video I made for you guys!

I will release the first promo next week on my YT channel :). Please, subscribe to my Youtube channel and do not forget to follow me on IG: @senegalesetwisted and @sntwistedphoto for photography and video’s. Check out my Facebook page @SenegaleseTwisted. Thank you!