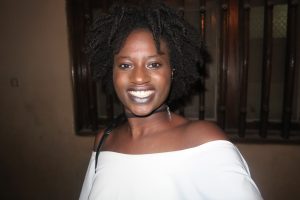 As some might know, I am back at Tigo Senegal! I am currently doing an internship and before the ending of the year, Tigo organized a the end of the year all white party. It was a dinnerparty with live performance of Daara J, a famous Senegalese rap-duo. They invited me, of course ;)(duh)! In this post, I will take you with me on this amazing night. Let’s get into the party!

First of all, I had to buy some white fabric and have a dress designed for this occasion. Mostly, because I did not have anything (white) to wear. Therefore, I had this cute dress made. It is a bodycon, off-the-shoulders dress.

The all white party was hosted at the five-star hotel Terrou-bi in Ouakam, Dakar, between Magic Land and Sea Plaza. The party officially started at 7pm, but of course, in reality it started much later. Me and my cousin arrived 8:30pm, which was still early as it was still calm. At around 10pm it seemed like everyone was present, even though people came in all through the night lol.

At 21h we went to the dinner room. It was so beautifully decorated, all white, of course. Drinks and food started coming shortly after, and Daara J started playing as well. It was really nice to listen to Senegalese music while eating and talking with my colleagues and cousin. Of course, it was also nice to see my co-workers in a non-working environment, even if I have seen them in such a state several times during my internship in 2015.

Of course, we delivered! We went from dancing sabar, to linedancing to dancing to American HipHop songs from the 90’s/00’s. All in all, it was much fun. If you want to see how much fun it actually was, check out the full video below.