Since I am in Senegal and have been travelling to Senegal quite some time now, I was thinking about making a post about what you can do in Senegal! Just for you guys. For the ones who don’t know: I was born in Senegal, when I was 1 I moved to Rome, Italy and came back for the holidays when I was 5. After that, it took me about 12 years to come back (2010) and because it was a great experience, I went again in 2012, 2013, 2014 and now I am here again lol. Sooo, I have been taking quite some pics, and I just want to show you guys what it is Senegal has to offer. Just note that Senegal has a lot more to offer than I will be showing you guys. And of course, the way I see things, might not be the way you see things! Enjoy :).

what to do in Senegal?

This is the Monument of the African Renaissance. The monument was built in 2010, the president of that time, Abdoulaye Wade wanted to have a monument that would represent Africa and the African Diaspora in one. 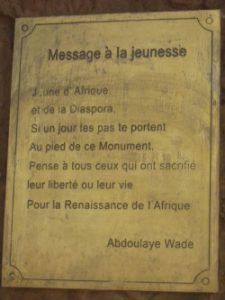 This is the personal message that the president has for the youth of Africa and the Diaspora:

Message to the youth

Youth of Africa and the Diaspora
If one day you walk at this monument
Think about everything that has been sacrified
Their liberty and teir lives
For the Unification of Africa. 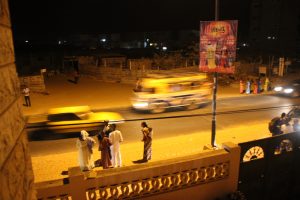 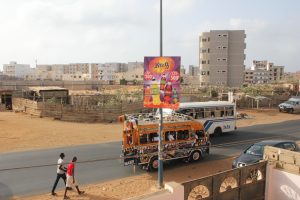 This is what Dakar kind of looks like from my uncle’s house! Both pics were taken in the Summer of 2014. I really love car rapides y’all! 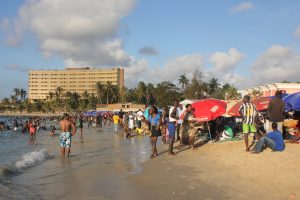 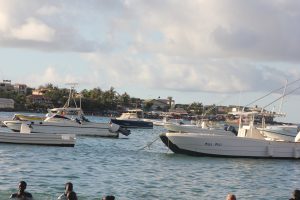 This is Ngor, you can take a boat and travel to one of the islands. The place is pretty crowded, but when it is hot it’s really nice to just take a swim! 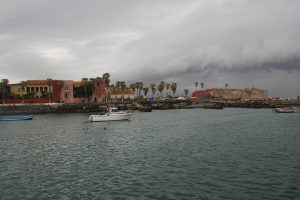 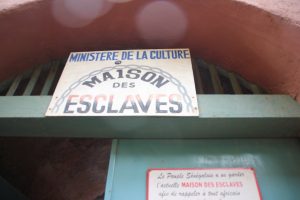 Of course, there is Gorée Island! I have not enclosed many pics because I wanted to do a seperate post on Gorée Island. Mostly because I have a lot of pictures of the beautiful island. Other than that, I promised my friend Aminah that I would share the pics I have taken on Gorée Island. This was it for this post! I will keep in touch with you guys :).