I hope you guys enjoyed reading Mindelo Part 1, Part 2 and Porto Novo. We sure did enjoy Cabo Verde! I have been in Senegal for a while (surprise surprise!) and in this post I want to share with you this traditional Senegalese wedding I assisted! The wedding was of my friend Youma’s younger sister Ngoné. Let’s get into these Senegalese wedding vibes!

The wedding was on a Sunday, and because I’m such a good friend (lol) I came in on Saturday just in case my help was needed. Unfortunately, there was not that much I could help with. There were already a lot of (female) family members that were there for the same purpose. The aunties of the family wanted to handle it, so we were basically just chilling and chatting among us girls. Mostly, we talked about what we were all going to wear, put on our face, nails etc. the next day.

On D-Day, we woke up super early to eat breakfast, make sure everyone in the house was provided 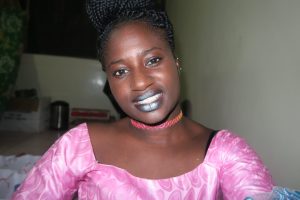 of the first meal of the day. Then we had to make sure that everything was prepared before the guests would come. Of course, we were still waiting for some food and drinks to be delivered, because that is how days like these happen. Things always have to go wrong before they go right. My planning for the day was to make sure I wore the three outfits Youma chose for me.

Anyways, Youma and I had to go some place in town to pick up a catering order. That is what we did, then we came home and we were actually waiting for the second part of the order, 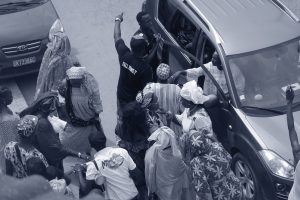 because we still had to bag the goodie bags. In the meantime, the men went to the Mosque to seal the wedding. For Muslims in Senegal, it is a tradition to marry in the Mosque first and then when that is done, the wedding is ‘official’. Then, it is when the party can start. Also, it is tradition to send food and drinks to the husband’s family. Of course, the mother of the bride and the closest family members have to go and eat the food there together with their newly extended family. Sidenote: the husband is not present during the whole event, just at the Mosque and the ceremony. 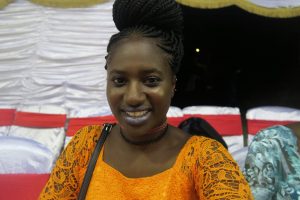 When the second part of the catering order finally arrived, me and a couple of other girls at the wedding started sorting out everything that needed to be in the goodiebags and 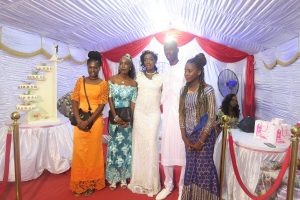 made sure each was filled. It was such labor, but we came through!

After all the goodiebags were filled and distributed, it was part for shower and outfit number 3! Outfit number three was this beautiful orange dress, which I wore to the wedding reception. During the reception, the wedding cake is being cut, the guest will have the opportunity to present their wedding gifts and everyone can take a picture with the newly weds!

I have to say, this was the first time I assisted at a Senegalese wedding and saw it from start to finish. I have to say, honestly, it is easier to just attend a wedding than actually assist one. However, it is always nice to see things from different perspectives, there are always things you can improve the next time etc. Don’t forget to watch the Wedding video I made for #NgonémarriesMoussa on below.